Compared to 2014, the increase in sales on individual months was a minimum of 30 per cent and in most cases in excess of 50 per cent higher than the previous year. In June the increase in sales amounted to even a surplus of nearly 60 per cent, which makes it the fifth highest monthly balance of the
recent three and a half years. According to Degussa CEO Wolfgang Wrzesniok- Rossbach, this is most probably related to the worsening crisis in Greece. The total sales for the Degussa Group amounted to substantially over 700 million euros during the first half of 2015.

The significant increase in demand was attributed by Degussa to the ongoing uncertainty of investors with respect to the fragile financial markets. The most popular products among German investors are traditionally the Krügerrand gold coins as well as the one troy ounce, 100 gram and 250 gram gold bars bearing the Degussa stamp.

“Whilst the acute crisis in Greece is the most important driver for gold demand in Germany at the moment, other reasons have been the general weakness of the Euro, which started already at the beginning of the year, as well as the zero interest rate environment,” says Wrzesniok-Rossbach.

German investors did not fare too bad with gold holdings this year: Those who had bought physical gold at the start of 2015 were able to lock in a double-digit gain in the value of their gold holdings by the end of June 2015. “Since the start of the year, the gold price in euro terms has at times increased by as much as 15 per cent. With that number, gold fared as good as other competing asset classes, such as equity,” says Wrzesniok-Rossbach. “Many customers saw the purchase of gold also as an attractive alternative to holding cash.”

The growing interest of German investors in gold is also evidenced by the recently published figures from the World Gold Council (WGC), the international marketing organisation for the gold industry, with regards to the global demand situation. The relevant report, “Gold Demand Trends Q1 2015”, shows German gold sales at 32.2 tons for the first quarter of this year, which means a year-on- year increase of 20 per cent. According to the WGC study, Germany is now the world’s third largest market for gold bars and coins, behind China and only just behind India. 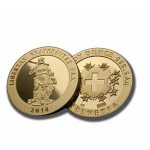 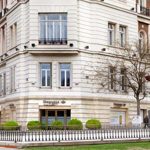