The world’s most famous, bestselling gold bullion coin, the Krugerrand is celebrating its 50th anniversary and Degussa is celebrating this milestone in its own way. The biggest trader in precious metals in Europe is in fact o ering watch enthusiasts, coin collectors and investors a creation that meets the desires of each individual. The dial of this exceptional Kruggerand watch by Degussa is made from an original gold Krugerrand coin, thereby elegantly combining the precious metal with a highprecision Swiss movement.
Initially tted with a coin from the year 2000, the watch may also incorporate a coin from another year – such as 1967, the date the Krugerrand was created, or 2017, the year of the jubilee. The four models available, which contain up to 70g of re ned gold, are distinguished by the material of which their case and their bracelet are made. They retail for between CHF 5,000 and CHF 7,500.
“Alongside their elegance, Degussa’s Krugerrand watches feature a gold content that no other manufacturer can rival”, explains Andreas Hablützel, CEO of Degussa Goldhandel SA, adding that “the number 4 edition, for example, has a Krugerrand coin as a dial, while the caseback reveals the back of the Kruggerand. The watch thus contains almost two ounces of re ned gold”. All Degussa watches are fully assembled by hand by highly quali ed master watchmakers.
Krugerrand watches by Degussa are available in Degussa boutiques in Zurich, at Bleicherweg 41, and in Geneva on the Quai du Mont-Blanc 5. They can also be purchased from the website at www.goldgeschenke.ch. 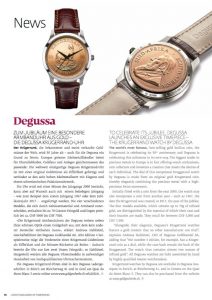 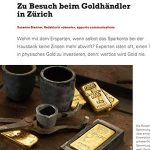 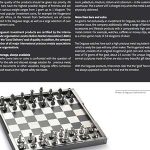